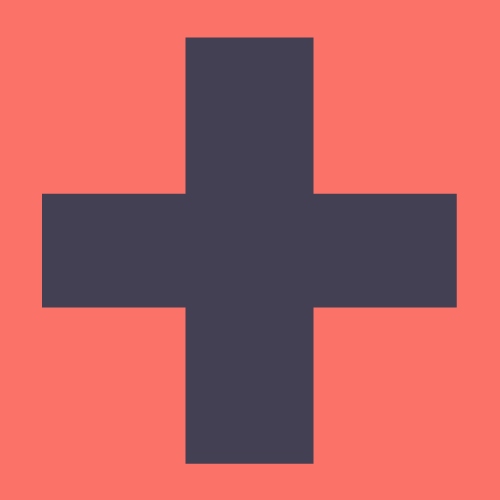 Erica Rose is a public figure after starring in “The Bachelor” and many other subsequent television shows, including an appearance on “Ellen DeGeneres”.

During her time in school at the University of Houston Law Center, she was President of the Student Animal Legal Defense Fund and chaired the Moore’s School of Music Gala. She was honored and a speaker alongside actress Christine Baranski for the Human Rights Gala. Erica completed a summer clerkship at the law office of Dan Cogdell, a nationally prominent White Collar Defense attorney.

She began her family law practice at Holmes, Diggs, and Sadler, before starting Erica Rose Law Firm, PLLC. She hopes to continue helping family law clients in need while also representing entertainment, media and sports law clients as well as those dealing with other civil litigation issues.

Her passions for being a life coach combined with her own motherhood journey makes her particularly compassionate regarding her family law clients.  Erica now has a podcast called Legally Mom  where she discusses the balance between Law & Motherhood. 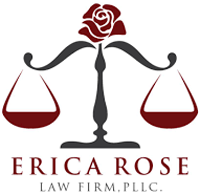 After searching for the best attorney my search has come to an end! Erica is not only the best attorney, she is not in this business for the money like all the other attorneys! She really cares about her clients, and goes above and beyond to fight for what they deserve. Most lawyers would have accepted the first offer I was given but Erica knew better!

Erica Rose is a fantastic attorney. I got into a motor vehicle accident and the Erica Rose law Firm got me a great high dollar settlement! I received individualized one-on-one attention. Whenever I had a question about the status of my case, Erica was always available to take my call. She made a otherwise stressful situation into a great experience. She refused to let the insurance company bully me. I would highly recommend the Erica Rose Law Firm for anyone involved in a motor vehicle accident.

Mrs. Erica Rose stands above the rest. She is an amazing Attorney. She represented me when I slip and fell at a Restaurant. Erica and her staff kept me well informed throughout the process. If I ever needed to attend a Doctors appointment, Erica and her staff were there to coordinate the visit. It was nice not having to pay for my medical care. In the end, The Erica Rose Law Firm got me the justice I deserved for the restaurants negligence. Highly recommend Erica Rose law.

I was in a car accident where I sustained a knee injury . The following day, I started diagnosis and treatment with a diligent team of health professionals. Ms Rose and her personal injury team were available every step of the way and answered all my concerns promptly. Not to have to worry about the costs of treatment was a big relief. Highly recommend.

I don’t have enough good things to say about my team at The Erica Rose Law Firm. They are take the time to get to know you, what your issues are and not make you feel like a number or a meal ticket. From my personal experience, they really care about you and your well being, as well as making sure that you get the most from your settlement as possible. They were there with me every step of the way and I never felt in the dark or alone. Mrs. Erica Rose answered my calls and texts every time. She explained what step was next, how long is was expected to take and they let me know when there were going to be delays. I am happy with what she were able to do for me and I know that she fights for all of her clients as hard as they fought for me. If you are thinking about hiring her, call Mrs. Rose now and do it. If you are on the fence about Mrs. Rose, get off the fence and do it, you will not regret it. I know I don’t.

Mrs. Rose represented me when the anesthesiologist broke my front two teeth during my surgery. I had to walk around for weeks with no front teeth. I could not eat or drink and I did not have dental insurance. The Erica Rose Law firm held the entire anesthesiology team accountable for their negligence and got me a nice settlement. Mrs. Rose and her staff are highly recommended”

Erica stands above the rest. She is an amazing Attorney. Using her LLM in Entertainment and Media law and her experience as a reality TV star, she represented me with my contract negotiations and got me casted on a national reality TV show called Married to Medicine on Bravo. Erica kept me well informed throughout the process. In the end, Erica got me the results I desired. I Highly recommend Erica for any Entertainment and Media law issue.

After searching for the best group of attorneys my search has come to an end! Erica and Charles is not only the best attorneys, they are not in this business for the money like all the other attorneys! They really care about her clients, and goes above and beyond to fight for what they deserve. Most lawyers would have accepted the first offer I was given but Erica and Charles knew better!

The Erica Rose Law Form is top notch. Mrs. Rose and her husband form a formidable dynamic duo both in and out of court. They provided sound legal advice and legal representation in my Personal Injury case.

I got into a motorcycle accident when my bike was hit in the rear by another vehicle. I suffered broken ribs, a broken shoulder, and I tore my ACL. I didn’t know where to turn, then I found the Erica Rose Law Firm. Mrs. Erica Rose and Mr. Charles Sanders were there to help me get the proper medical treatment that I required, at no cost to me. They paid for my treatment out of their own pocket. The Staff at the Erica Rose Law Firm was top notch. I was happy with my settlement and my representation.